After coming to Okinawa in 2008 I quickly decided to buy my own equipment.  I knew that diving would become a favorite hobby of mine and I wanted to be as comfortable as possible.  For my BCD, I decided on the Aqua Lung Pearl i3 and it was a good choice to make as a beginner in scuba diving.

The best feature of the Pearl i3 is the i3 control lever, the switch located on the left side of the BCD.  Want to inflate your BCD?  Push the lever up.  Want to deflate your BCD?  Push the lever down.  It’s that simple!  The great benefit of the i3 control is that it’s always in the same spot, and I’m never feeling around for it (like sometimes happens with my low-pressure inflator/deflator hose).  Another great feature with the i3 control is that is activates both dump valves on the air bladder when you deflate your BCD…so….no matter what position your in air will be released from your BCD.  No longer will you have to elevate your low pressure deflator or reach for a dump valve on the air bladder when in an awkward position.  The one drawback to the i3 controller is that sometimes (very rarely) I bumped it accidentally and it started to inflate my BCD when I didn’t expect it.  This usually happened when I was carrying my somewhat bulky camera and underwater housing case (a fastening  strap pulled on the lever) or when I was messing with catch bags while hunting for lobster in California.  A simple word of warning: If carrying extra equipment, be wary that it doesn’t get snagged on the lever.  If not carryng anything extra, you shouldn’t have any issues with the i3 controller. 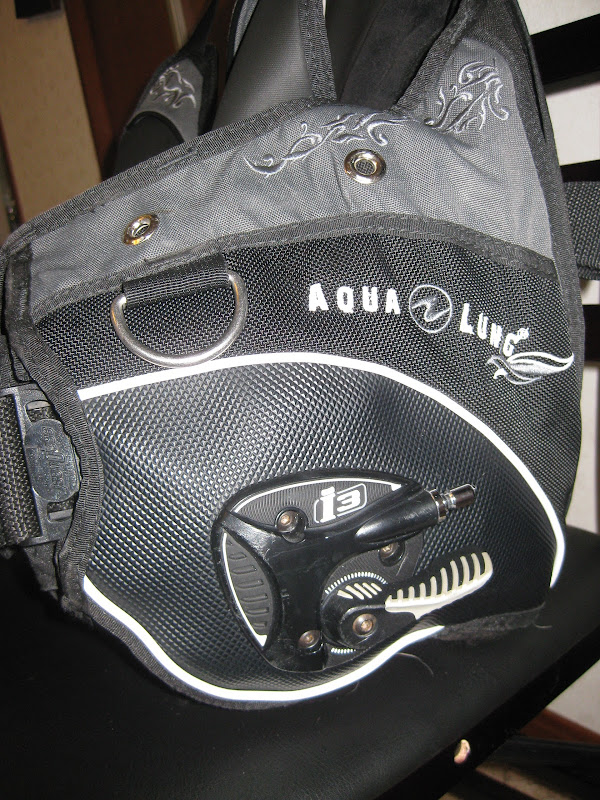 The Pearl i3 was definitely designed with comfort in mind for a woman’s body.  There is plenty of padding on the shoulder straps and along the back.  Never once have I felt like any of the material was digging into me, even with a tank strapped on my back.  The shoulder harness is also designed to accomodate a woman’s bust so there won’t be any rubbing or chaffing in sensitive areas.  Additionally, the Pearl i3 comes designed with a built in sport bra feature, great for women who are in need of some extra support or for those that like a snug fit.  Another great feature on the Aqua Lung Pearl i3 is that it’s waistband has 6 inches of adjustment so you can get it nicely fitted specifically for your body type.  This is also great for if you plan to buy equipment for your teen daughter as the BCD can “grow” with her.  The wide cummerbund in the front also gives a great deal of comfort and make the whole BCD feel like it’s really secured to your body.  The Pearl i3 is also cut for a woman body.  When fitted with the proper size the BCD should sit nicely just above your hip bones to prevent chaffing and rubbing.  I really came to appreciate the care that went into designing this BCD specifically for women.  It really does make a difference in being comfortable in the water. 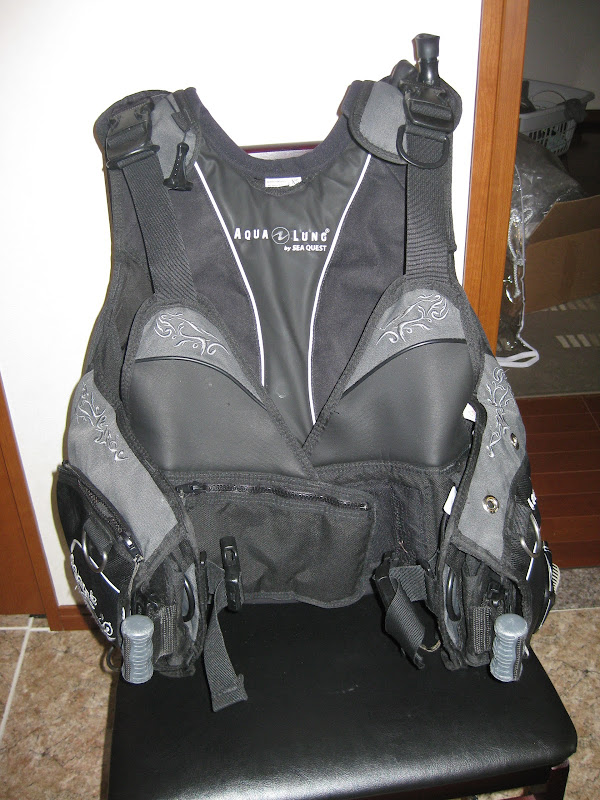 Designed as a jacket-style BCD, the air bladder in the Pearl i3 wraps around the hips as well as along your underarms .  As a new diver I really liked this feature.  I felt secure and I found that I could sit up-right in the water without being pushed forward.  When I decided to become a divemaster, I purchased a used back-inflate BCD to use strictly in the pool (chlorine can really wear out equipment) and found that I could control my positioning in the water a bit better than when I used my Aqua Lung Pearl i3.  After talking with numerous people, it’s all personal preference when it comes to deciding which style is better.

Remember that horrendous weight-belt you had to wear when getting certified?  Kiss it goodbye!  Aqualung has incorporated their patented SureLock™ weight system into this BCD.  Want to take your weight off when climbing up a ladder into a boat?  Just grab the handles, pull forward, and out they come.  So simple and so much more comfortable than wearing a weight belt.  I don’t know about you but my hip bones always got rubbed raw from the chaffing of the belt and weight.  This feature along made diving so much better.  Compared with other BCDs that feature integrated weights, I really like the SureLock™ system because it uses heavy plastic clips, not velcro.  I’ve noticed that velcro integrated weight systems tend to become worn out and the diver is forced to purchase new pockets every so often. Velcro integrated weight also pose a safety issue underwater should they fail and come loose.   You’ll become extremely buoyant as you rapidly ascend to the surface, you have a serious chance of developing a lung over-expansion injury or decompression illness.  I’ve never once had a problem with the SureLock™ and it’s a solid piece of gear.

There are 3 pockets (cummerbund, right hip, and fold down pocket) and 4 stainless-steal D-rings on the Pearl i3.  From personal experience, this is more than enough for a recreational diving.  I’ve managed to clip my fins, alternate air source, camera, safety sausage/whistle, dive lights and training slates to the d-rings and still had room for more attachments.  I’m not one for using pockets but I managed to slip a secondary light into the right hip pocket on the BCD and usually, I put my car keys into the cummerbund.  One big negative to the pockets was that they just didn’t seem big enough to store anything worthwhile inside, and yet they made the BCD feel somewhat bulky around the waist.  To the purely recreational diver, this is a great BCD but for those looking towards minimalism, I suggest looking elsewhere. 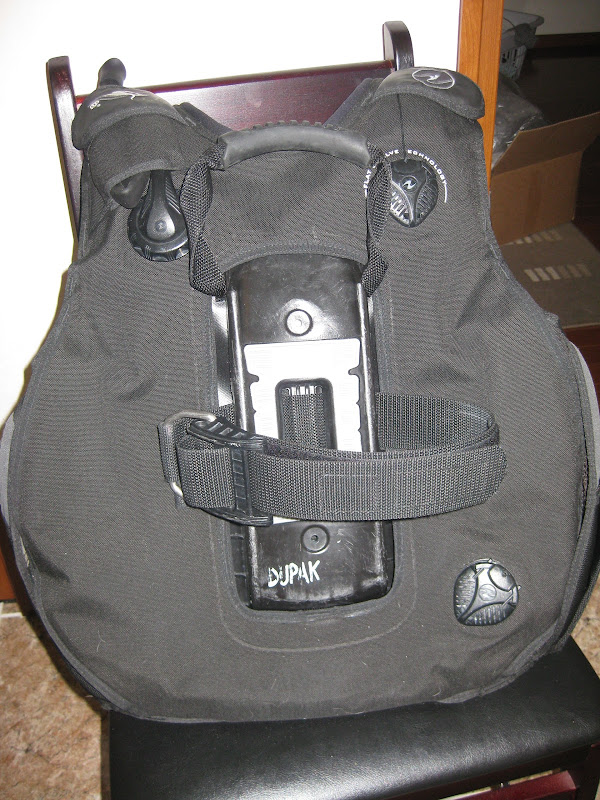 The overall size of the BCD is pretty bulky.  For those with dive travel in mind, this isn’t the way to go but if you’re looking to only use it for local excursions, it’ll suit you perfectly.

The air bladder is a good size.  I’ve used it while on deep dives (130 feet) and always had enough lift.  The adjustable straps and quick releases also make it suitable for diving in a dry suit.

Other features found on the Aqualung Pearl i3 include:

– Grommets to mount a knife

– Traction pad on back reduced the chance of your tank slipping

This is a great BCD for women who want ultimate comfort and easy operation when it comes to local, recreational diving.