While out doing open water dive 4 with Jamie, we had a lot of fun….and I also spotted a new species of nudibranch.  Hooray!  This dive was all about rare and very rare nudibranchs.

Jamie was really solid on his skills so the majority of our dive was spend exploring the reef.  Additionally, he had really good air management so our dive turned out to be pretty lengthy too. 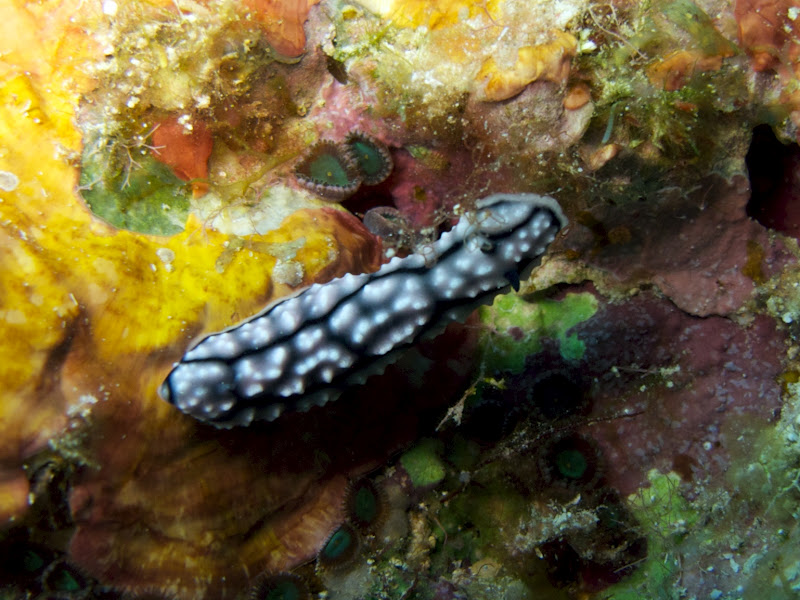 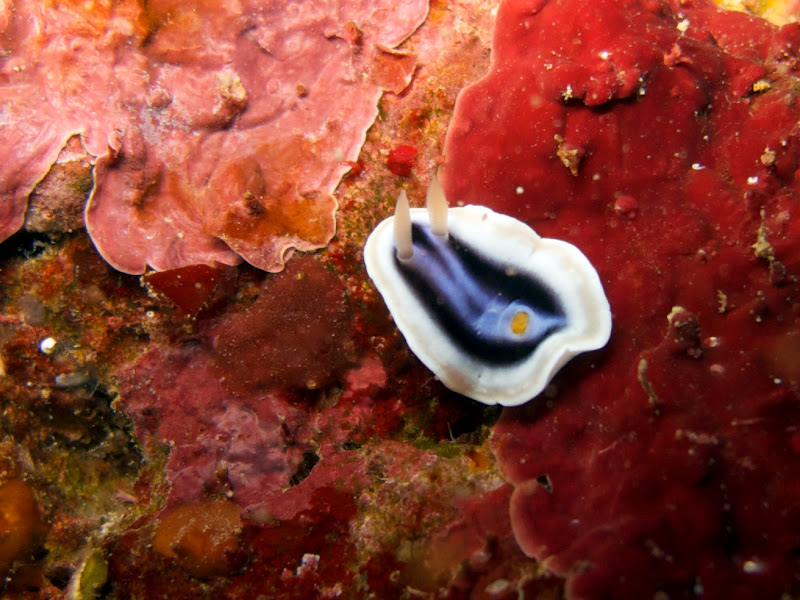 Honestly, I don’t remember a whole lot about this dive except for the fact that I spotted a ton of nudibranchs – many more than usual. 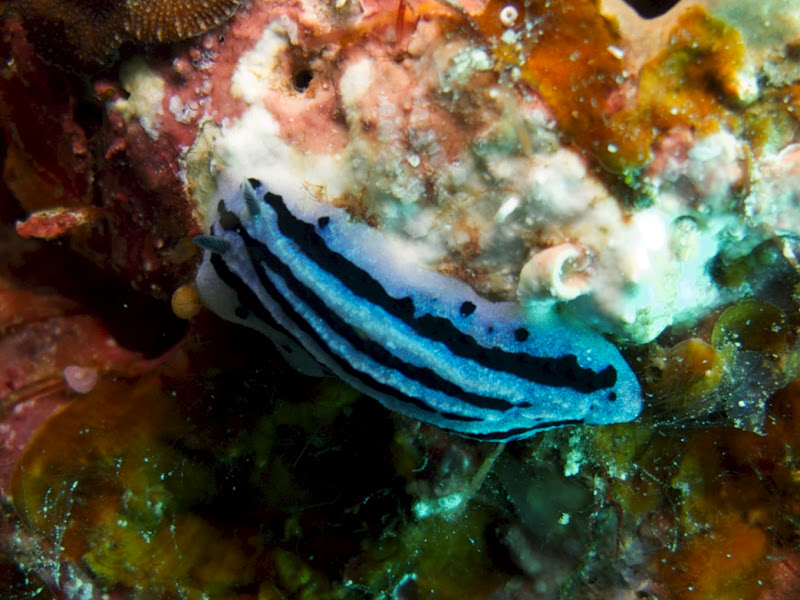 The best nudibranch find on this dive was a Phyllidiopsis annae, one I had never seen before.  After referencing Robert Bolland’s Okinawa Slug Site I have come to learn that he only collected this species 4 times.  That’s really rare!  When we reached the surface and I told Jamie about the discovery he wasn’t nearly as enthused as I was…some people just aren’t into the same things as me. 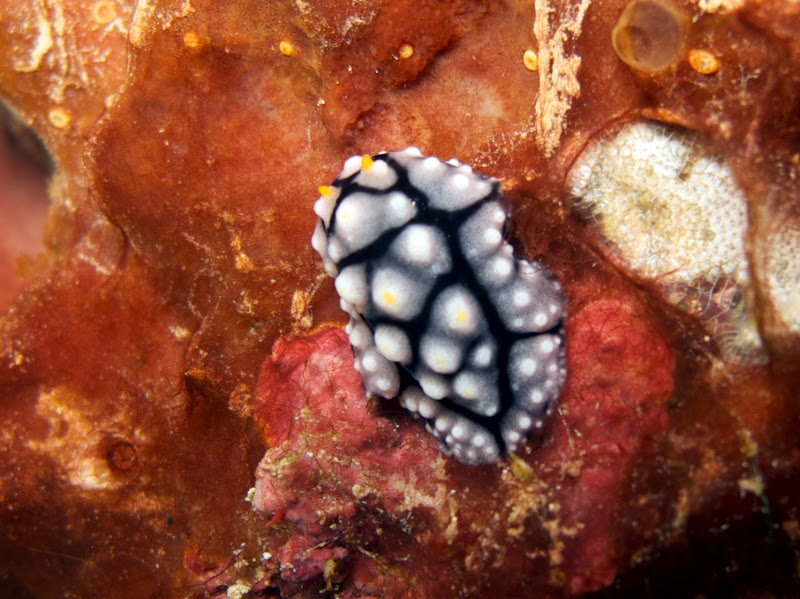 I think the picture of the above nudibranch is a juvenile Fryeria picta or a juvenile Phyllidia elegans.  The tubercles seem to be have black coloration seperating them (or developing in some areas) and the top of the nodes are also developing a yellow color. 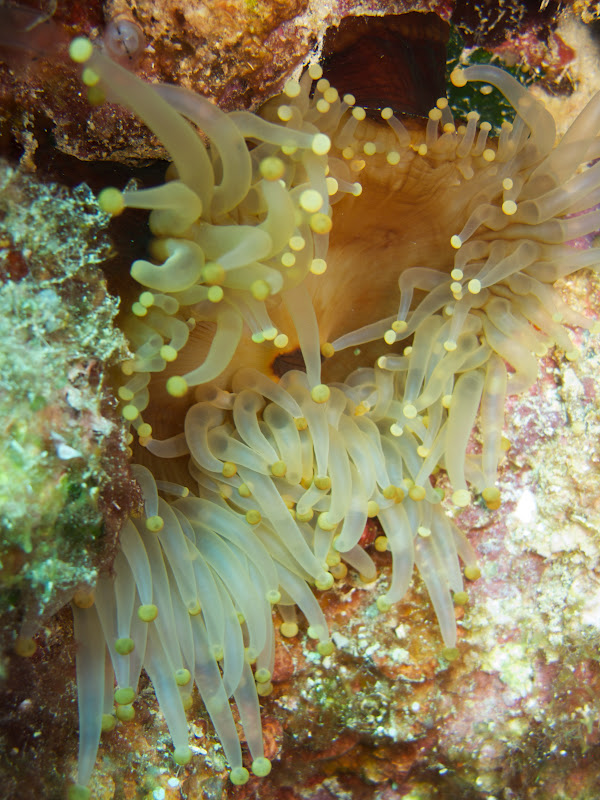 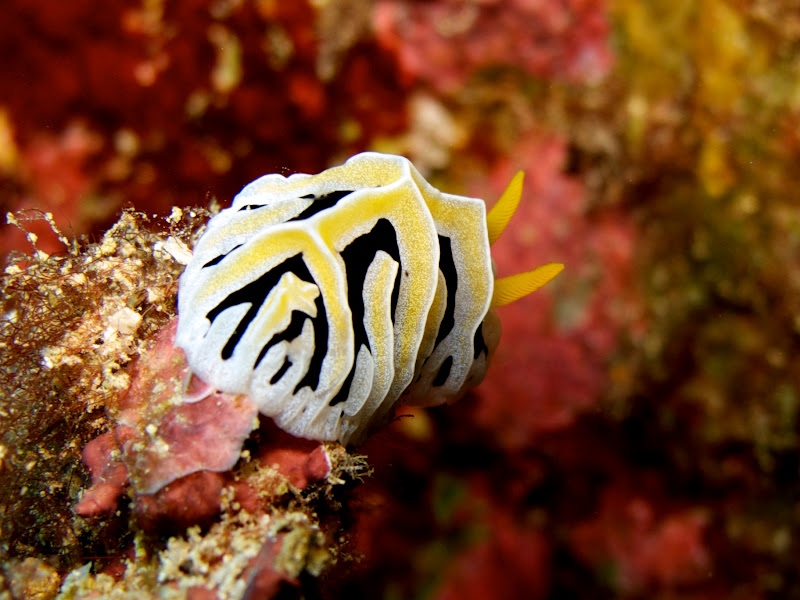 I also spotted a Reticulidia fungia hanging out on a ledge.  Because of it’s positioning I wasn’t able to get photos of it from the front, but ti be honest, I really like the way my photo turned out of shooting along its backside. 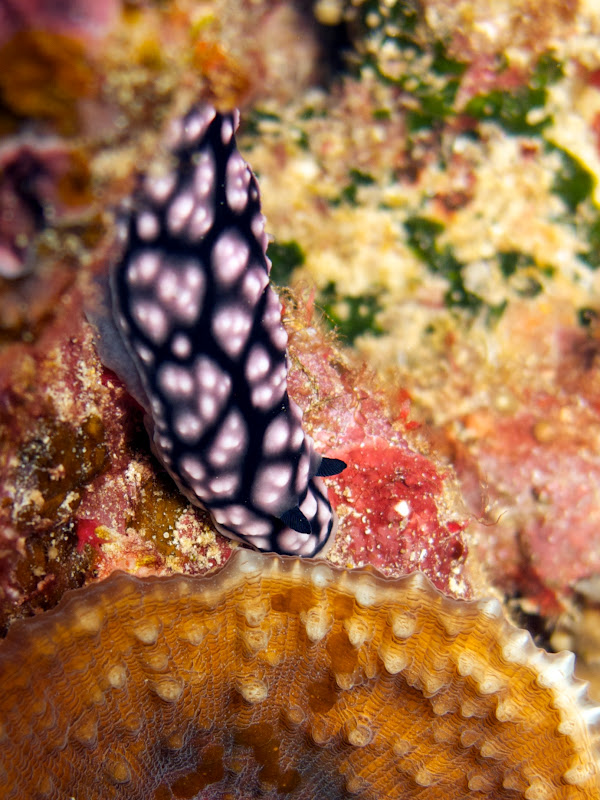 After Jamie saw me photographing all the nudibranchs during the dive, he pointed out a Phyllidiella pustulosa to me.  Maybe he was catching on to the “underwater Easter egg hunt” after all. 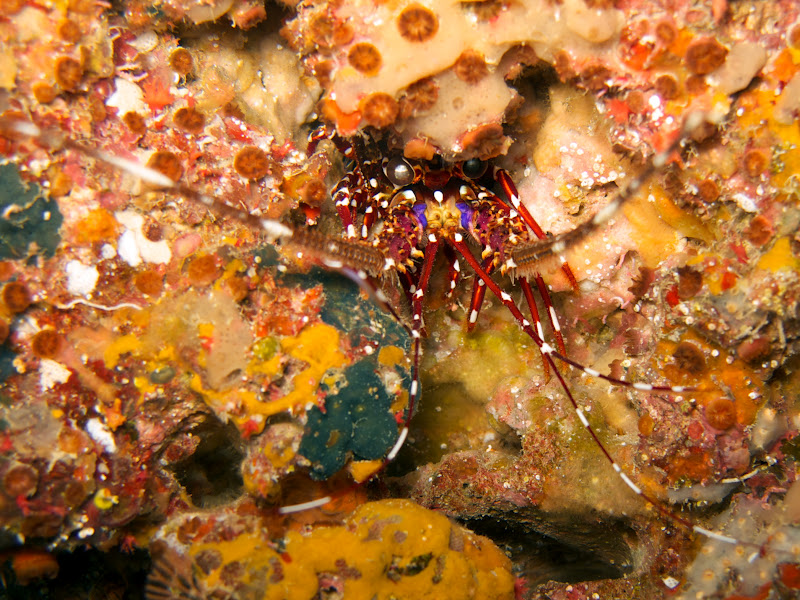 Lobster Hiding Under A Ledge

There are several spots at Maeda Point where there are some ledges with crevices underneath.  Awesome places to spot nudibranchs.  I searched around several of these ocations but actually turned up something besides a nudibranch.  This time I found a lobster.  I took a photo and motioned to Jamie that I found something good so he quickly came over and stuck he head right under the ledge.  BAM!  Face to face with a lobster and I think it startled him a bit because me jumped just a little.  Once he was done looking at it I tried for a few more shots but it slowly moved backward and disappeared into the rocks before my camera was ready to go. 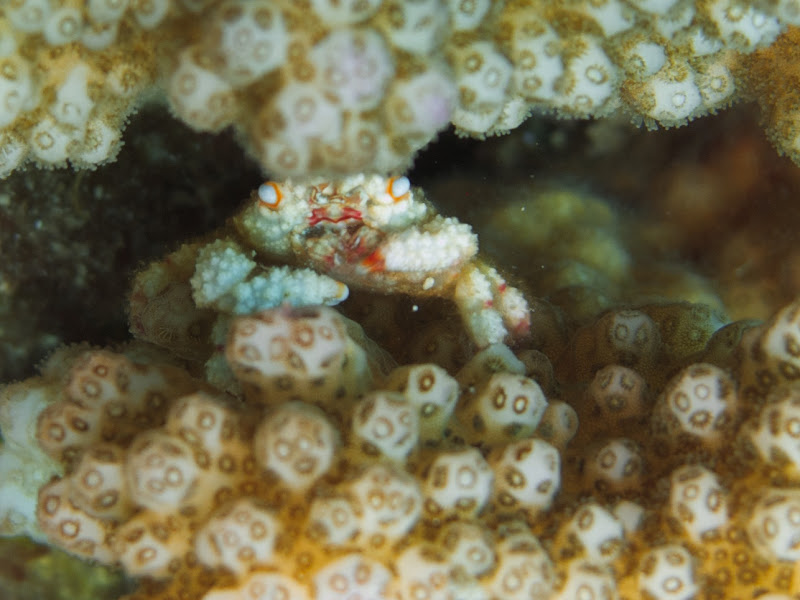 During our safety stop at the chain I poked around the coral in hopes of seeing some honeycomb coral crabs.  Eventually I found a crab but it was really freaky looking.  It was white and had bumps all over its body with orange rings surrounds its eyes.  Yeah…freaky looking.  My friend John posted the photo on Reddit and someone identified it as a Hairy Coral Crab.  Very cool…but still freaky looking!

Anyways, it was a cool dive.  Maeda Point.  Solid.