James and I made our way back to Gab Gab Beach for some another solid dive.  Overall, the dive was pretty uneventful until the last 10 minutes when we spotted a very calm and relaxed sea turtle.

We first tried to find Gab Gab 2, another reef a little bit off shore, but we weren’t given very good directions.  Because of this we canned the dive at Gab Gab 2 and decided to go with what we knew.  We kept our dive to a depth of 40 feet and decided to have a bottom time of 40 minutes. 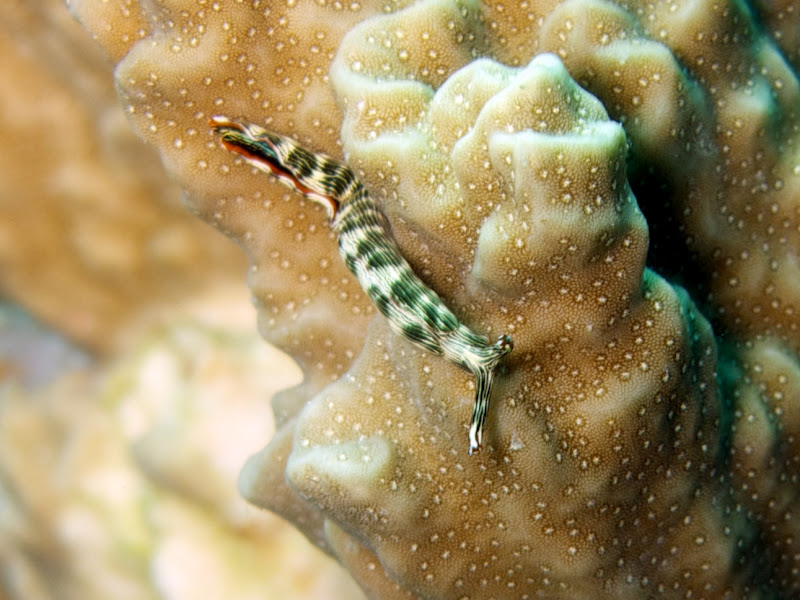 I was excited to spot a nudibranch of the reef, they definitely aren’t as prevalent in Guam as they are in Okinawa.  It looked very similar to a nudibranch I had seen on my first dive at Gab Gab Beach.  To be sure I made the right identification, I checked my previous photos and also checked my nudibranch book.  Yep…just and I thought…it was a Thuridilla gracilis. 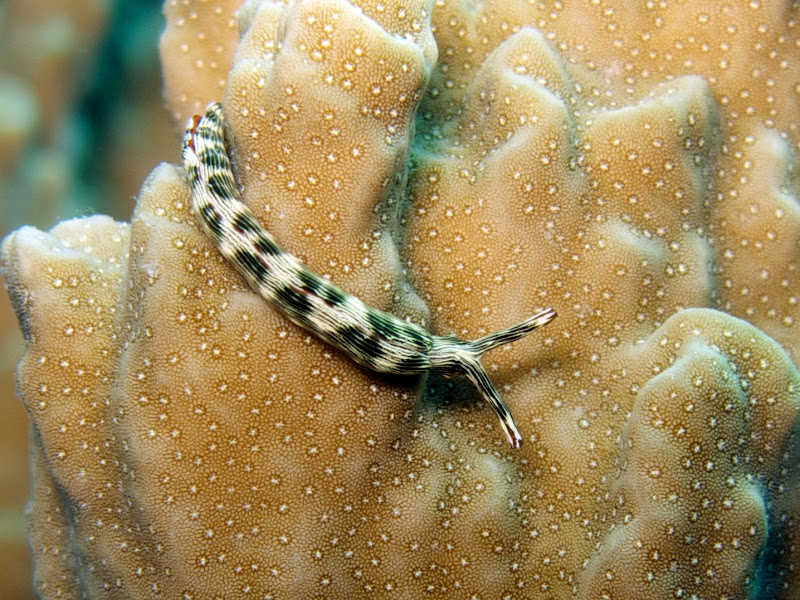 After 20 minutes underwater, James and I signalled to each other that it was time to turn around.  I continued looking to macro-subjects and James kept an eye on the “bigger picture.”  Suddenly I heard James banging a metal clip wildly against his tank.  I spun around to see what was going on and I saw him pointing straight ahead. 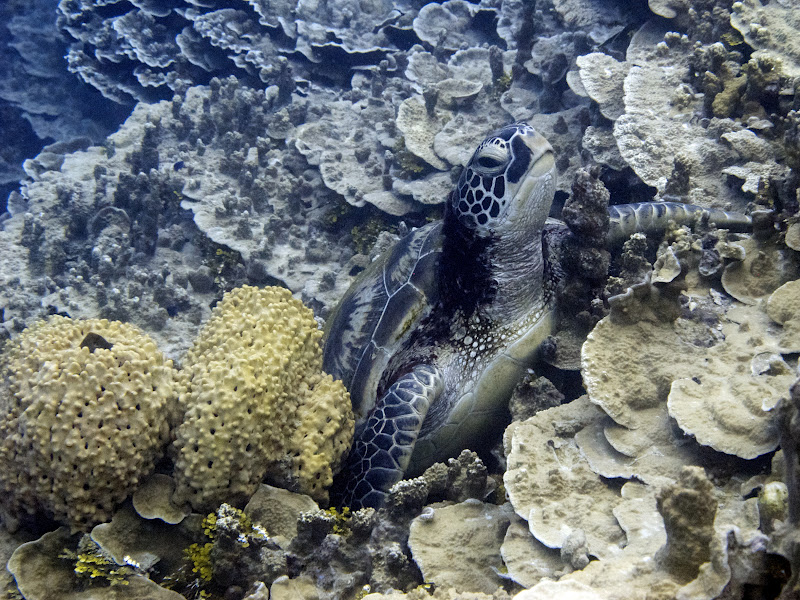 As I turned around I saw a sea turtle resting on the coral reef.  James and I ever so slowly approached it and I began taking photos.  Surprisingly, the turtle just continued to relax on the reef, paying hardly any attention to us. 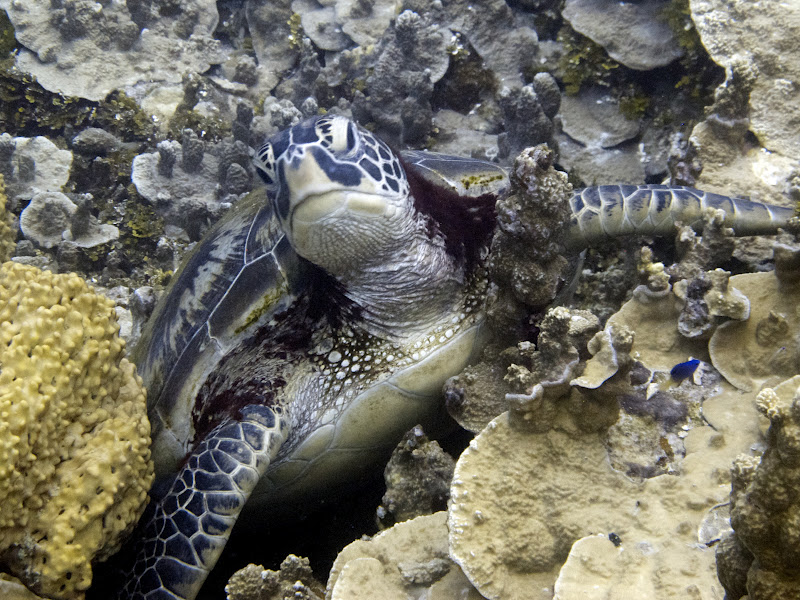 Sea Turtle Looking At Me

All of a sudden, the turtle turned it head towards me.  Awesome!  I managed to get 1 nice photo before the turtle gently pushed off the reef and started swimming away.  In total, we were probably 5-10 feet away from the turtle for about a minute or two before it turned tail and swam away.  From my experience, that’s a pretty lengthy amount of time. 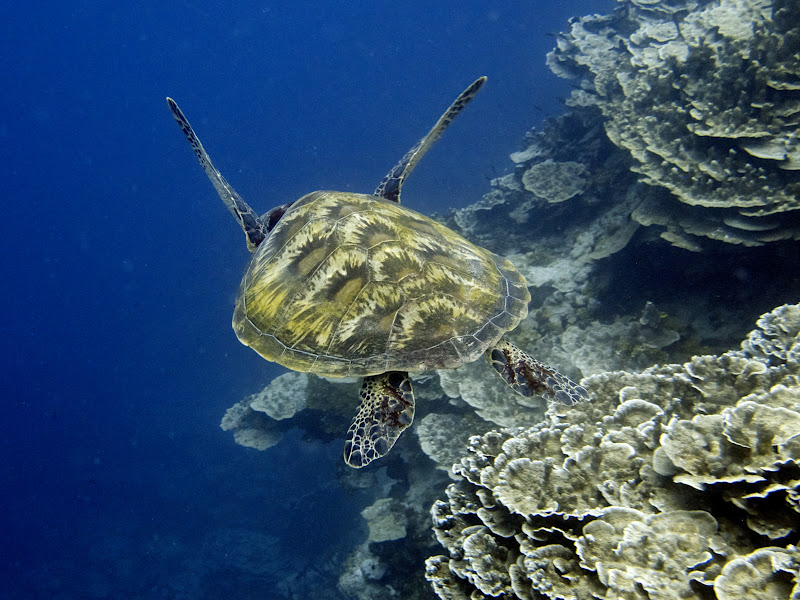 James and I encountered the turle right before making our ascent to 15 feet for our safety stop.  We decided to stay under the water and to make our safety stop while kicking in to store.  During our other dives here we had made surface swims but we still had plenty of air left in our tanks so we continued under the water. 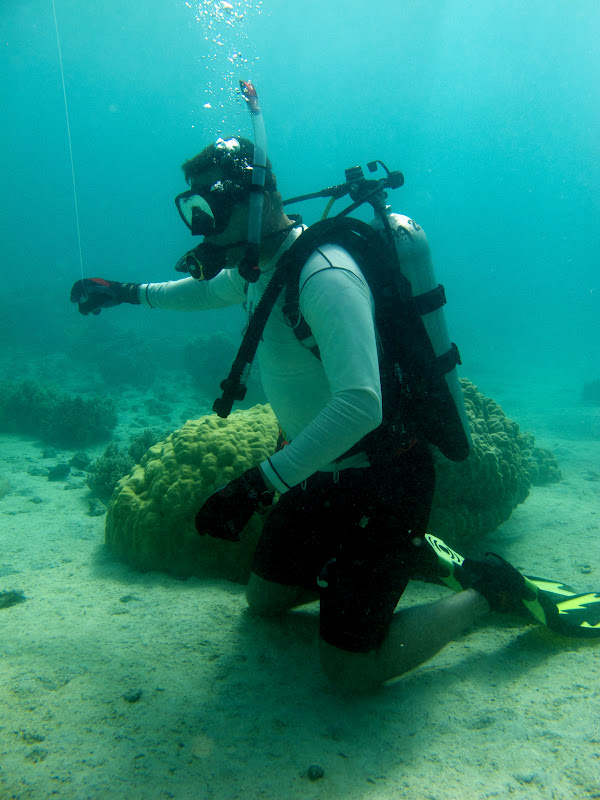 James (And Myself) Taking A Break On The Sand 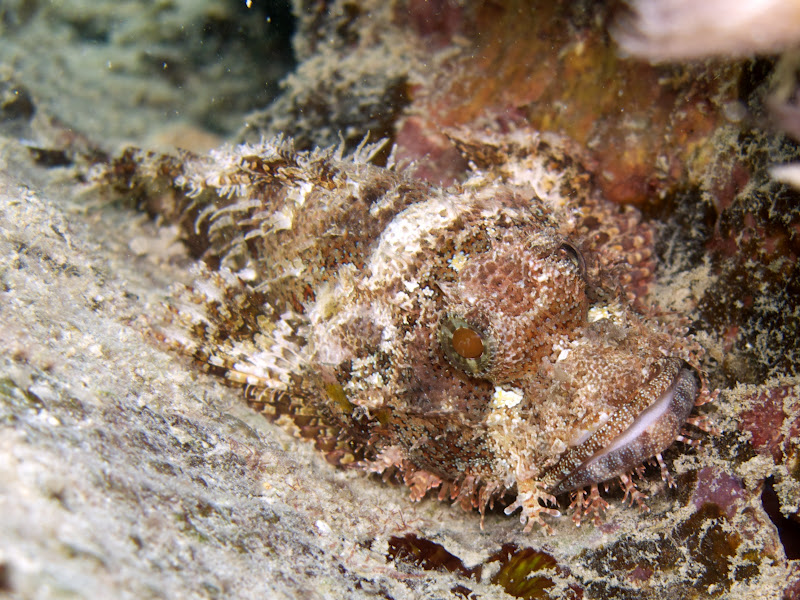 Back at the concrete slab where we were supposed to take our fins off, I decided to see if there were any cute photos I could get of the jewelled blennies that hung out in the area.  I managed to get a few good shots of them and I also managed to spot a tasseled scorpionfish that was positioned under a ledge. 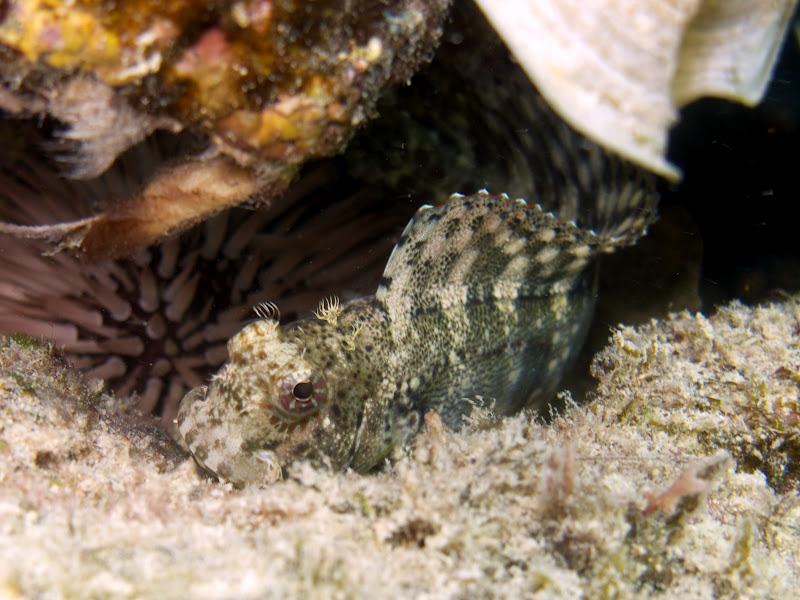