The best way to describe visibility at Ark Dive during our Underwater Navigation and Peak Performance Buoyancy Adventure Dives would be one word: Horrendous!  I thought it still presented a gear training environment because it would require Erica and Tom to completely rely on their compass and depth gauge.

We entered the water and tried to follow the chain out to where the reef drops off – it was so miserable that we lost it once it got deeper than 5 feet.  I ended up swimming to where the water got darker, a sign that the reef had dropped off.  The current had pushed us pretty far north so we tried to swim back to where we thought “the classroom” (boxed in area at the chain that’s about 25 feet in depth) was located.  We weren’t making any headway so I told everyone to deflate their BCDs, descent to where the current wasn’t as strong, and to keep visual contact.  After we made it to 10 feet in depth, the visibility cleared up to about 15 feet and the current significantly decreased. 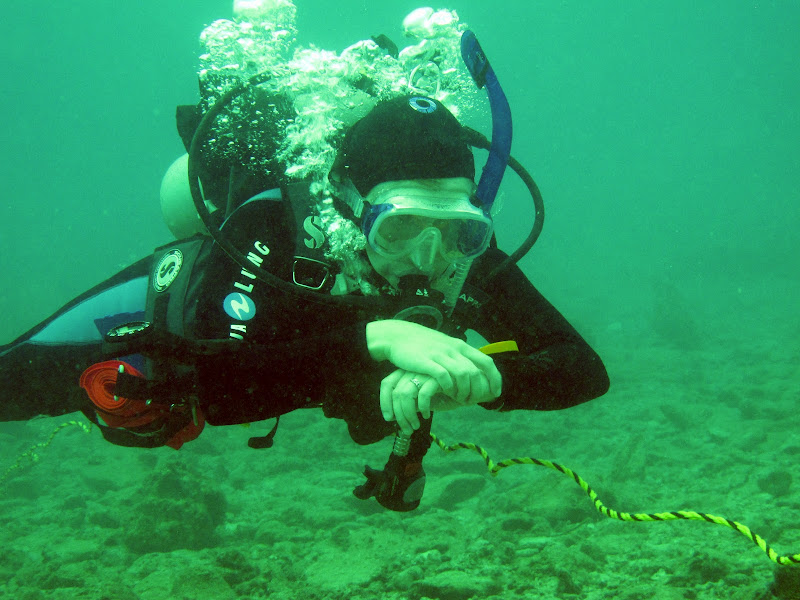 Erica and Tom did great on all the skills for both dives.  The poor visibility forced them to rely solely on their compass when it came to their navigation drills.  Also, when it came to the peak performance buoyancy dive, they used their depth gauge to properly hover midwater.  It was difficult to see the ocean floor (unless kneeling on it) and the surface – the only way to orient their position in the water was to focus on their depth gauge while using breath control. 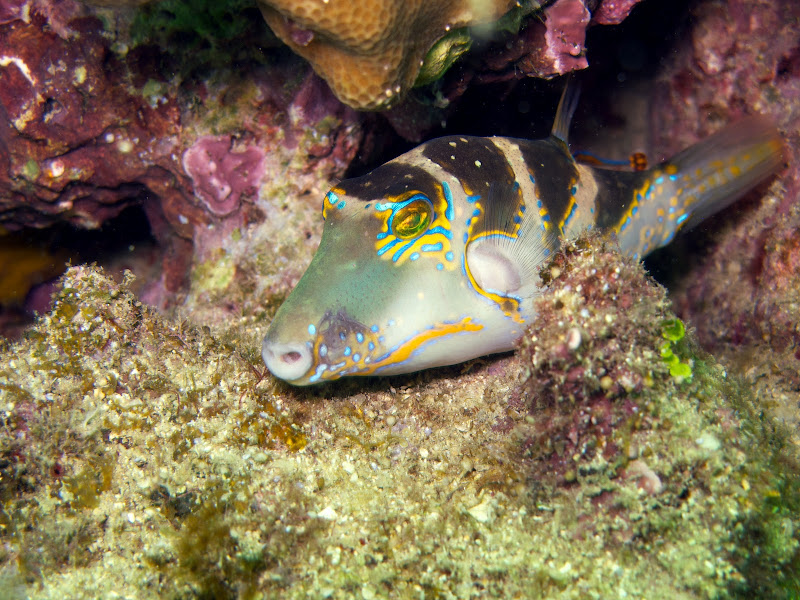 I only snapped a limited amount of pictures during these two dives because visibility was so terrible.  Some of the notable sites we saw included a resting crown toby.  Most of the time fish will rest at night so I was a little surprised to see him “dozing” during the middle of the day.  It might have been because there wasn’t much sunlight penetrating through the water – perhaps he thought it was getting to be evening time. 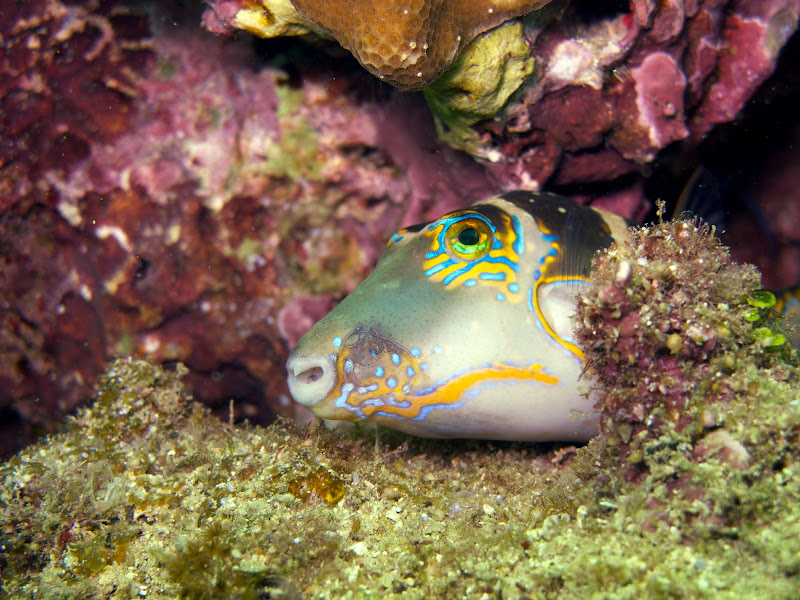 During the exploration portions of our dives we also came across several nudibranchs.  The first was a Phyllidia varicosa. 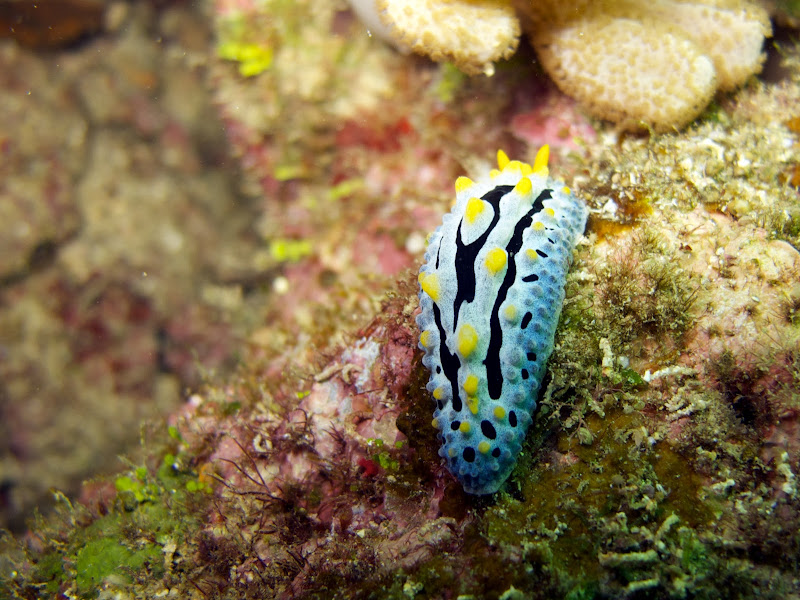 We also spotted  a Ocellated phyllidia nudibranch on on our first and second dives.  The first time we saw it, it was crawling across the ocean floor at a depth of about 35 feet.  On our second photo I scanned the are we had seen it but came up with nothing.  Erica motioned toward an oucropping of rock and perched on the side was, what I believe, the same nudibranch that had been spotted along the ocean floor.  It had sure climbed a good distance within an hour. 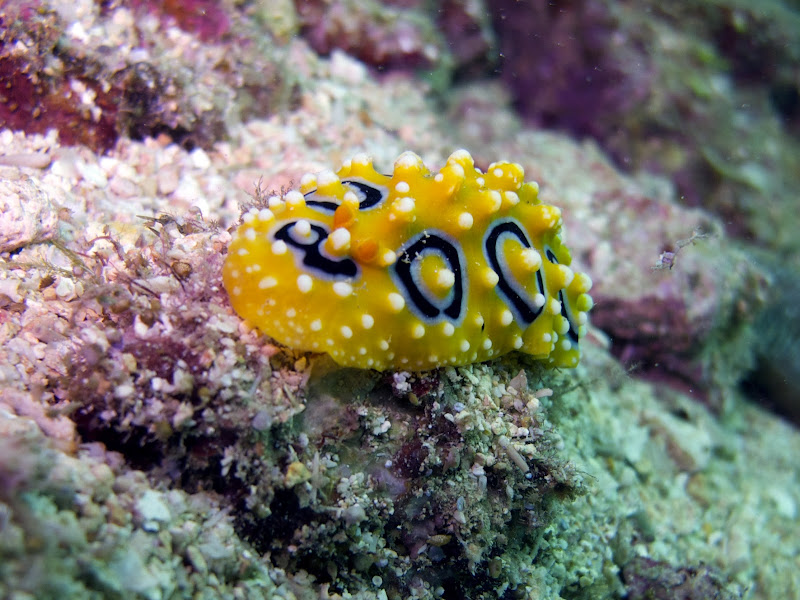 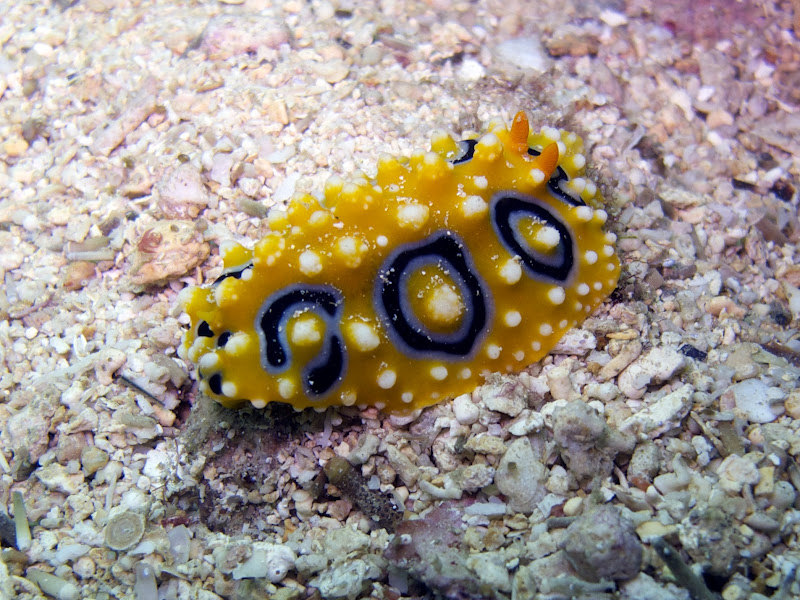 After returning into the water to complete our second dive, the visibility was even worse than before.  I think it was perhaps around 10-15 feet.  We went through the buoyancy skills without any hitches.  When it came to the hola-hoop obstacle course they sailed through it without any issues.  Most of the time people will touch the hola-hoops with their tank valve or fins.  Erica and Tom looked like absolute pros.  I was really impressed. 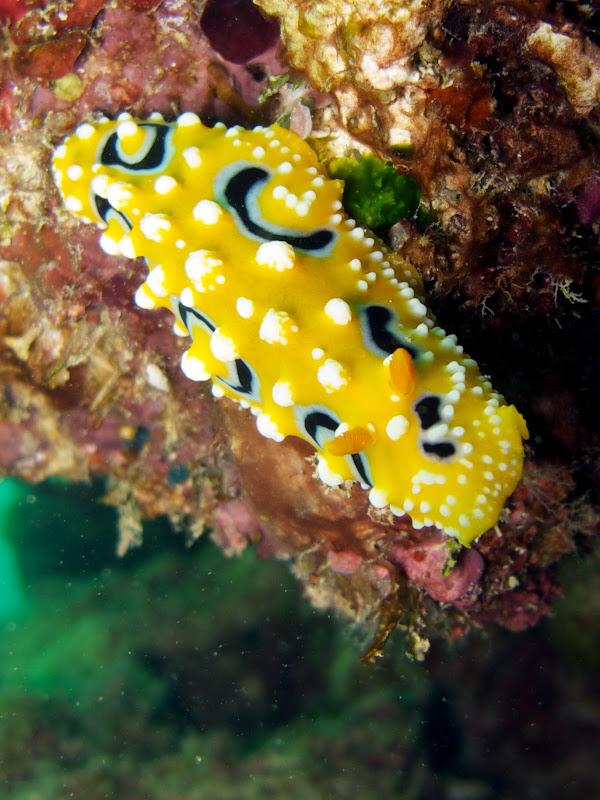 Although the visibility wasn’t very good, I actually think it enhanced the effectiveness of our training.  Both Erica and Tom truly had to master using their compass and depth gauge to successful accomplish the dive.  They did a tremendous job.