I met up with Stephanie on Wednesday so we could complete the first two open water dives for her open water diver certification.  We had way too much fun, and we also saw some great wildlife!

The water was really calm so we made a quick entry and kicked out to our entry point.  We dropped down and after confirming that we were both good to go, we headed out to explore the site.  I always like the first certification dive with students because they are getting to apply their skills for the first time in the ocean and we normally see some pretty neat things.  It’s also fun to see their eyes light up when they see the reef and fish…definitely a lot more fun than our time spent practicing in the pool…definitely a lot more fun than snorkeling too. 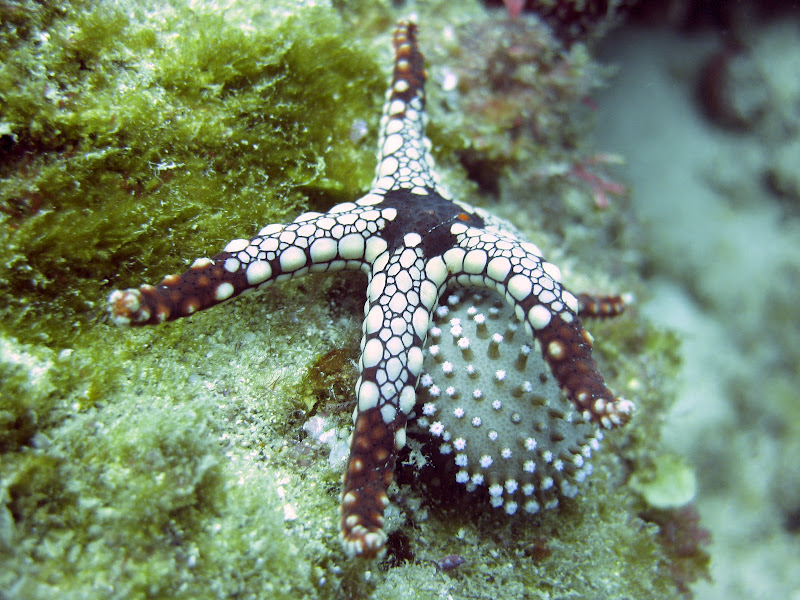 As we kicked out along the reef we came to a spot that is frequented by a school of yellowtail barracuda.  We swam right into the middle of the school and it was pretty neat having them only a few feet away.  Soon afterwards my friend Jason, who is working on becoming a divemaster, spotted a cuttlefish.  Unfortunately, by the time I took out my camera the cuttlefish had made his get-away.  He wasn’t too big…maybe a foot and a half long…but it was pretty neat seeing one in this area. 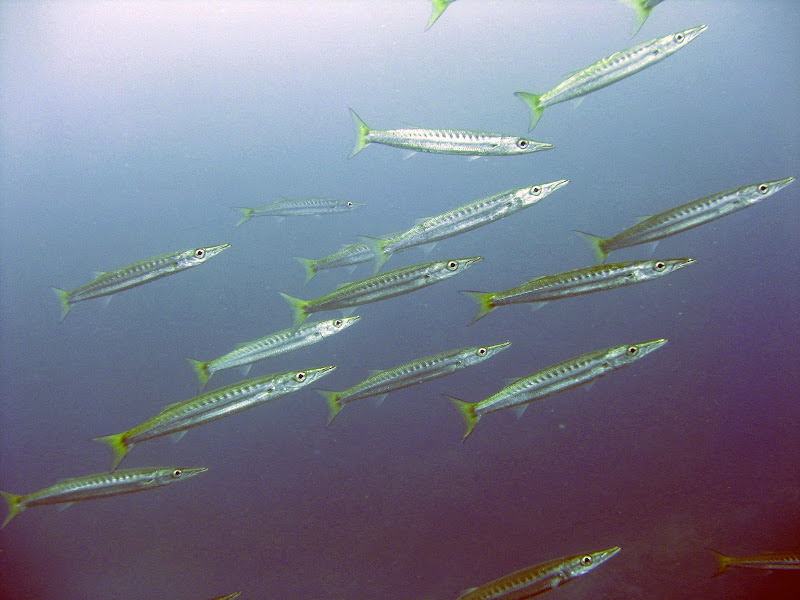 Stephanie did a really good job on her air consumption and we were able to make a bottom time of 35 minutes.  As we suited up for the second dive, Stephanie was really curious about how to make diving easier.  Jason gave her some great pointers.  First, he suggested that she practice kicking with her whole leg instead of doing a “bicycle” kick.  Jason also suggested that she practice her breath control and use her lungs to make those slight depth adjustments instead of adding or subtracting air out of the BC.  As a follow up, I mentioned that limiting the use of her arms to control depth and direction would also help out…the trick is becoming as streamline as possible.  And lastly, I mentioned that we’d continue doing buoyancy checks to continue making small adjustments on the amount of weight she was carrying.  All these adjustments we suggested to her diving technique are common occurrences with new students (and some experienced divers!) but Stephanie was really receptive to learning how to get better.  That’s awesome!  I was really excited to see her implement our suggestions when we made our second dive. 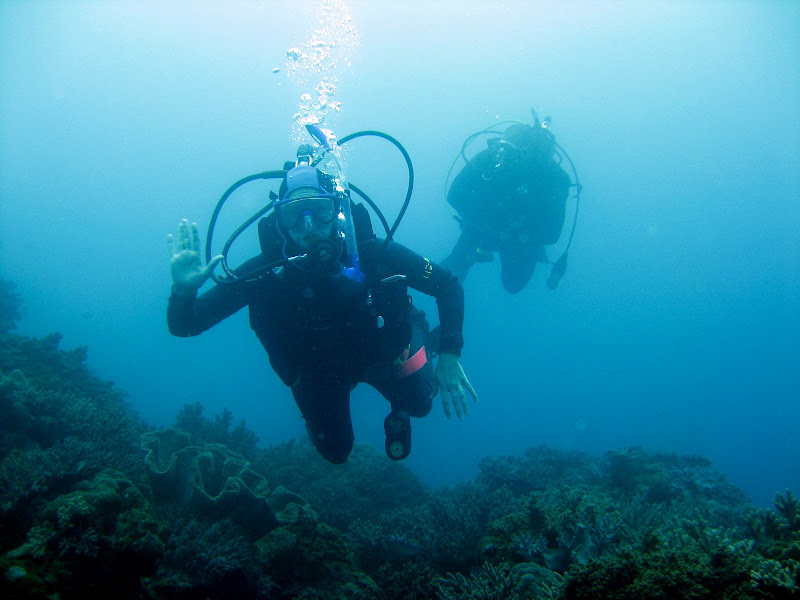 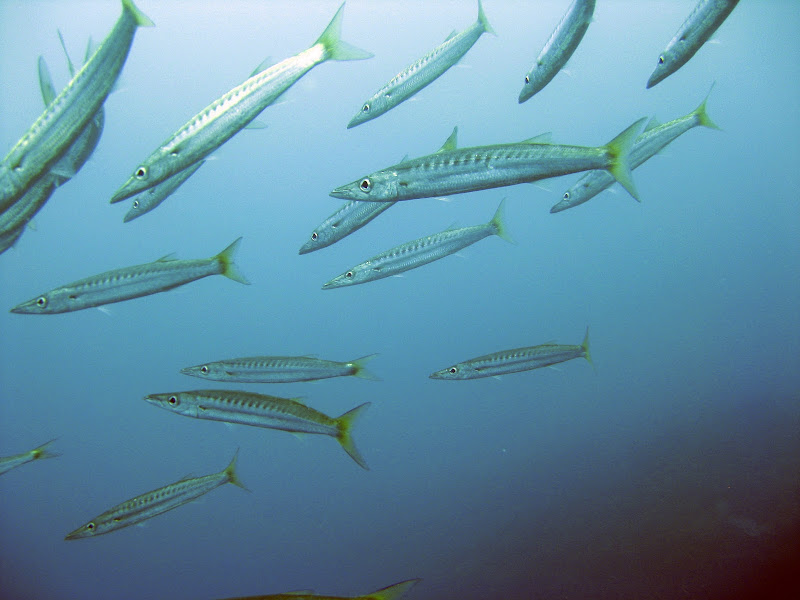 On our second dive Stephanie did a great job on all her skills.  I especially liked her demonstration of neutral buoyancy using her low-pressure inflator hose.  She took her time adding small amounts of air while also breathing deeply and slowly.  Within only 30 seconds of starting the skill, she has completed it with no problems.  Mask clearing (both partial and fully flooded) didn’t prove to be too difficult for her either.  Lastly, recovering her regulator was a synch and she didn’t even look flustered.  Having completed those skills, we went back to exploring the reef. 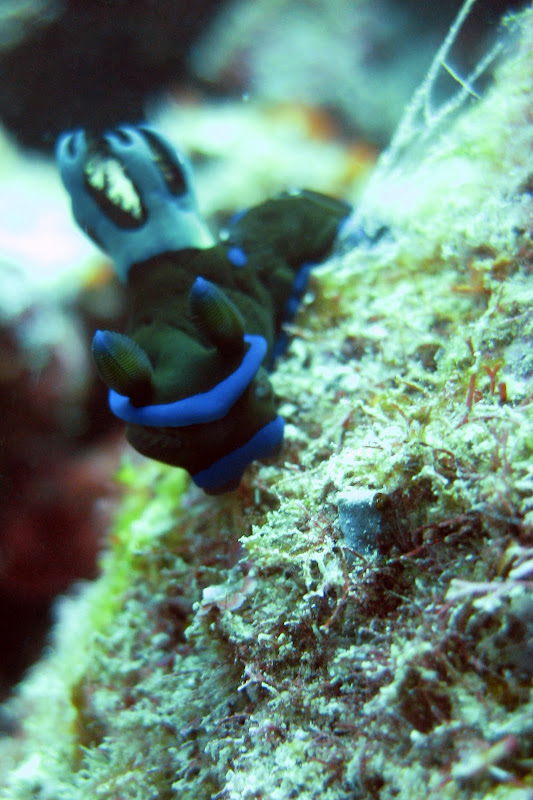 One of the first things we came upon was an extremely cute tambja morosa nudibranch.  I think these nudis are so cute because of their large, floppy rhinophores (those horn-like structures on their heads).  Did you know that those floppy rhinophores help the nudibranch smell.  The word “rhinophore” is derived from “rhino-” meaning nose in ancient greek (ῥίς rhis or ῥινός rhinos) and “phore” meaning “to bear” from -phoros (φορος or φέρειν).  These rhinophores are also retractable on some nudibranchs. 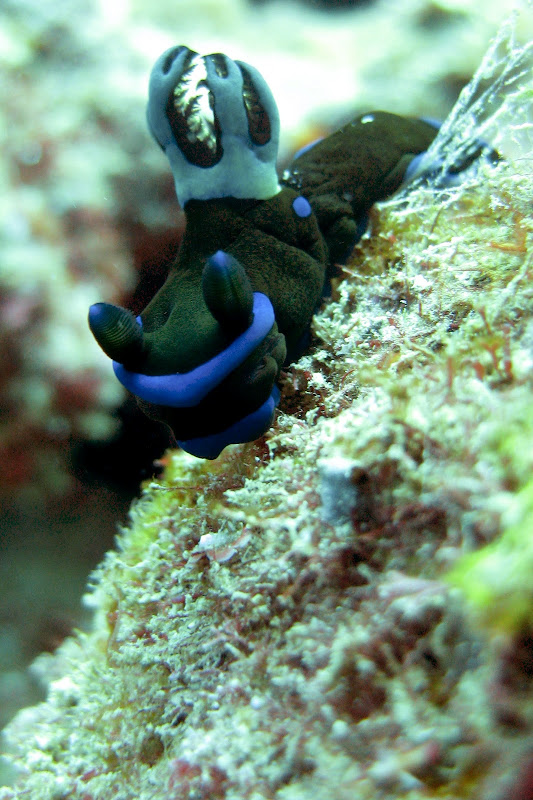 The blue markings on their face always remind me of Geordi La Forge from Star Trek with the weird sunglasses.  Personal note: I am not a Star Trek fan.  Sorry.  Ok…back to the nudibranch!  Another cool fact about this nudibranch has to do with the leafy structure on its back – these are actually lungs!  Very cool!  The blue “lips” on the tambja morosa also make me smile….just too cute! 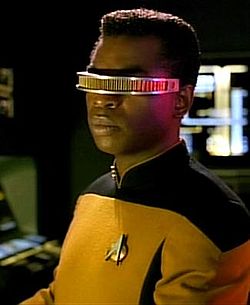 About midway into our second dive, I spotted an octopus hiding in some rocks.  After watching it for a little bit, the octopus came out and then swam into another hole.  I wasn’t able to get a photo of it unfortunately because it didn’t stay visible for very long.  What I like best when watching an octopus is seeing how they change colors – going from white to deep red/purple within seconds.  It’s awesome.  I hadn’t seen  a octopus in this area for a while so this was also a treat. 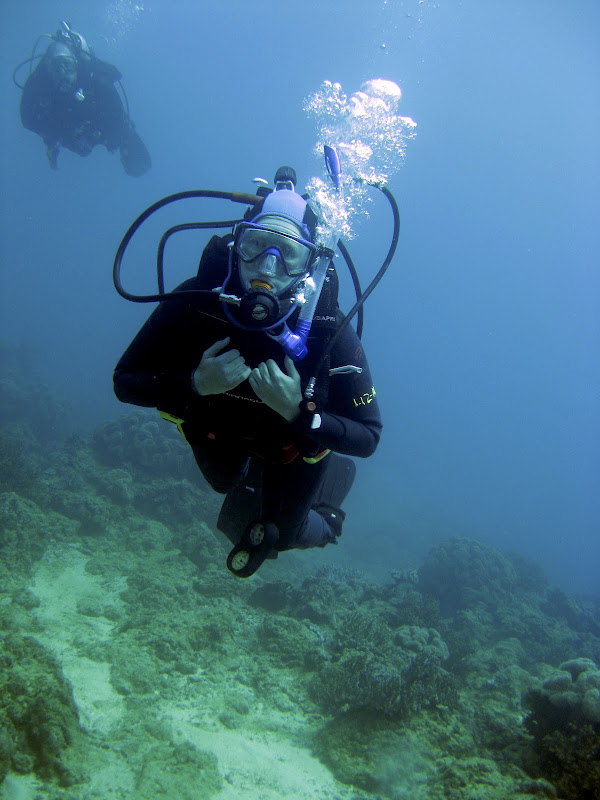 Stephanie Practicing Her Buoyancy While Swimming – Arms Tucked In!

Stephanie did a great job on the second dive in regards to using her arms less for propulsion and direction.  She ended up grabbing her BD chest strap as a way on forcing herself to practice the tips Jason and I gave her.  I was really impressed with her determination to learn as much as possible.  At the end of our second dive, Stephanie did mention that her feet felt very buoyant so I suggested she consider purchasing ankle weights.  I am not an advocate of ankle weights unless they’re a must so I told her to wait until she’s completed a few more dives – perhaps with more diving she’d become more comfortable controlling buoyancy and not need them. 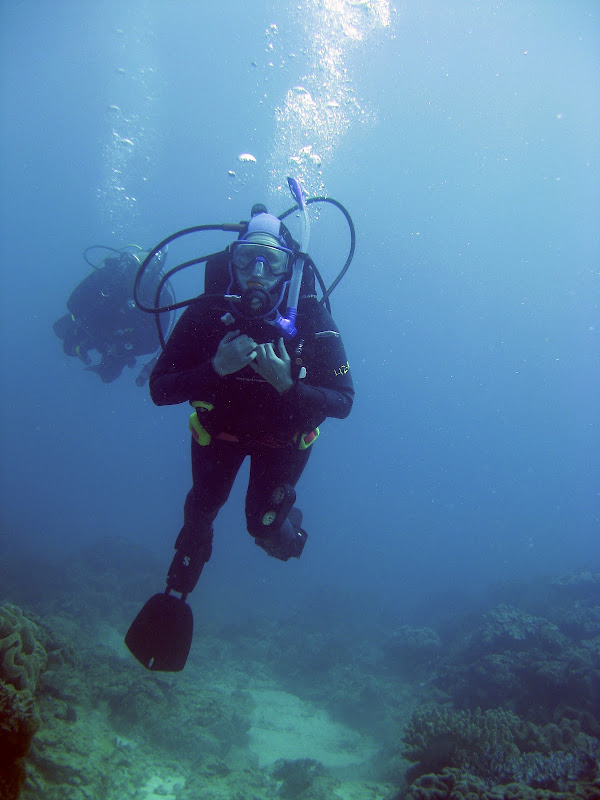 We also saw another large porcupinefish (spotted by Jason) and I managed to get a picture.  It was at least a foot in length. 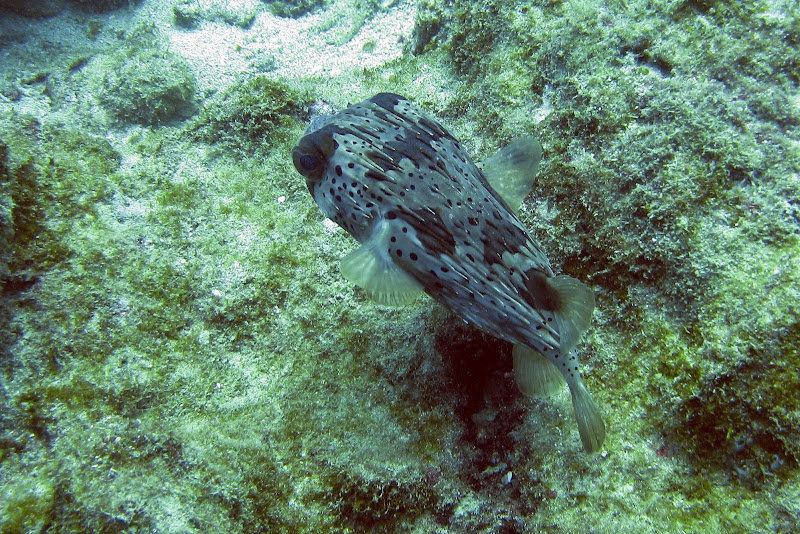 It was great diving with Stephanie and Jason and we’re all planning to go back out on Monday to finish her certification.  We’ll be going to check out Ark Dive for her last two dives so it’ll be a new site for Stephanie.  Hopefully we’ll continue to see lots of awesome wildlife!