After certifying my brother-in-law, I had the opportunity to take him to The Junkyard for some easy-going diving. What we saw there blew his mind….

My brother-in-law, Bryan, came to visit my husband and I on his winter break from college.  After certifying him as a PADI Open Water Diver, I wanted to get him in the water for some real fun.  The conditions on Thursday were very good so we made a trip to The Junkyard for 2 dives. 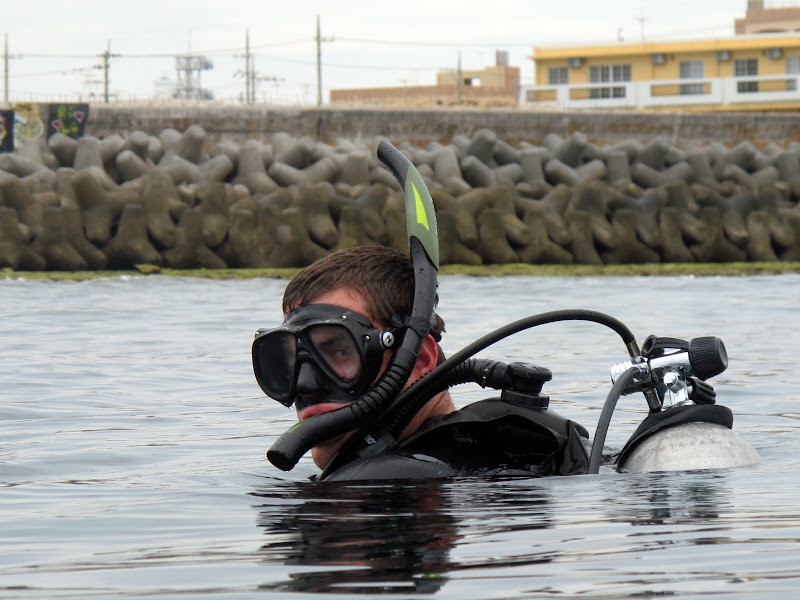 Bryan Getting His Fins On

After slowly making our way across the coral to where the reef drops off, we slipped on our fins and descended.  After signaling for Bryan to follow me as we made our way toward the beautiful coral and plant-life, I noticed a rock below me which appeared to have some tentacles sticking out of it.  I waved to Bryan to come over and then I slowly made my way over to the rock to get a better look.  BINGO!  It was an octopus but I wasn’t very sure about it’s size.  As I positioned my camera to take a picture, the octopus became much more active and actually came out of the hole it was hiding in.  I tried snapping some photos but he simply moved too fast for me to get the camera re-positioned.  As he came out of the hole and made his way across the rock, he changed from a speckled-white color to a deep red and then purple.  All of a sudden I heard a loud “AAAHHHHHHHH!!!!!!!” as Bryan screamed into his regulator with excitement.  I quickly move my camera to the top of the rock and managed to get one good picture of the octopus crawling down the other side of the outcropping.  The octopus quickly moved into another tiny crevice so Bryan and I watched him for just a few moments longer and then we continued on with our dive.  unfortunately, I didn’t get a great view of the octopus because I was busy meddling with my camera but Bryan confirmed my belief that it was really big!  We estimated that it was probably around 3-4 feet in length. 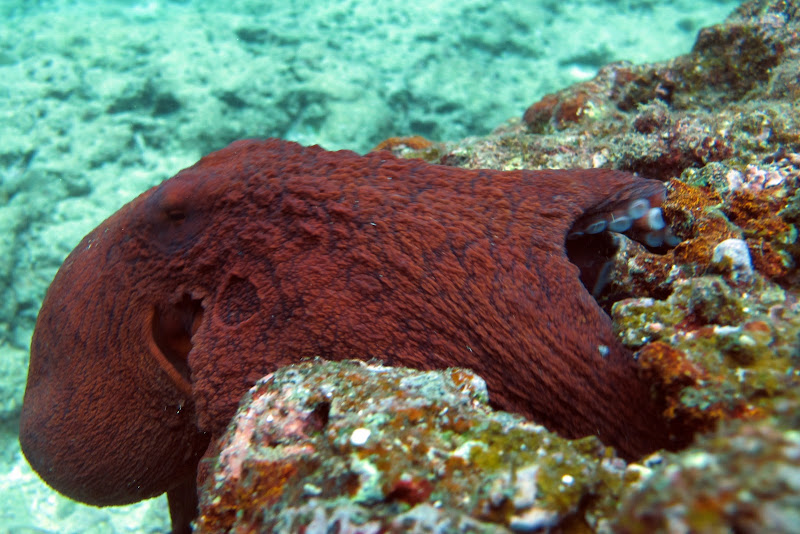 We kicked along the reef and saw some some nice fish and Christmas Tree Worms.  I slowly snuck up on the worms so they wouldn’t retract into the coral and took a few photos.  I also got some pictures of Bryan cruising around underwater. 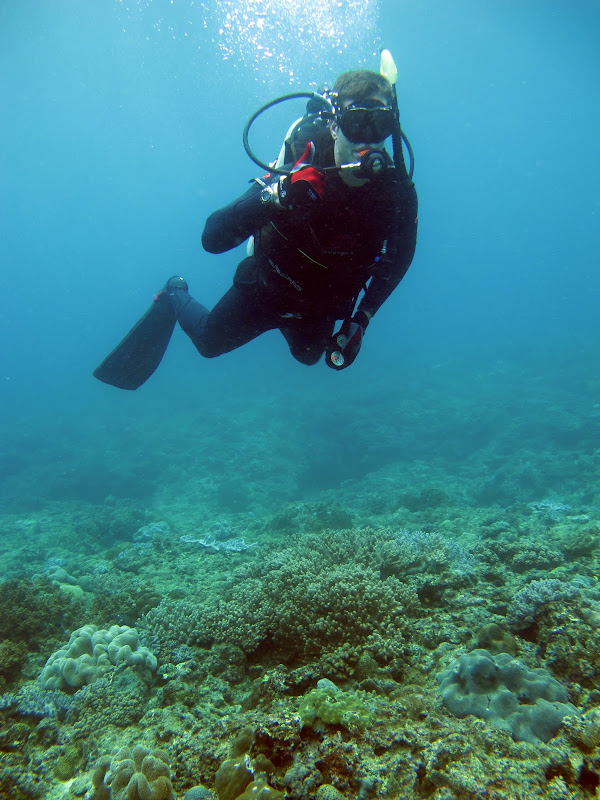 Right before heading out on our second dive, a couple came up to us asking about how to make an easy entry.  I offered for them to join us on our dive and they agreed.  Once they suited up we all made our way to the entry and then descended underwater.  Bryan had been wondering what it was like to dive down to 60 feet (deepest he had dived to date was around 40ft) so I made sure to get us to around that depth.  After the dive he commented that his red fins had turned purple underwater.  We agreed that it was pretty cool how everything changes underwater. 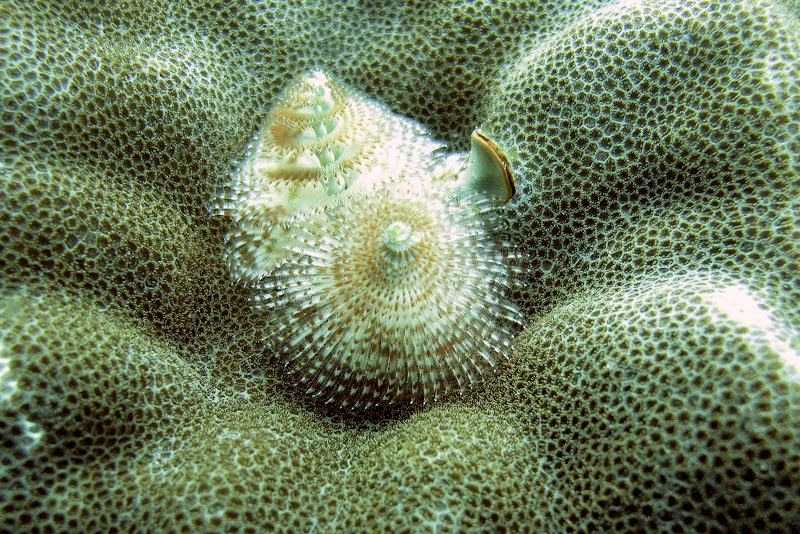 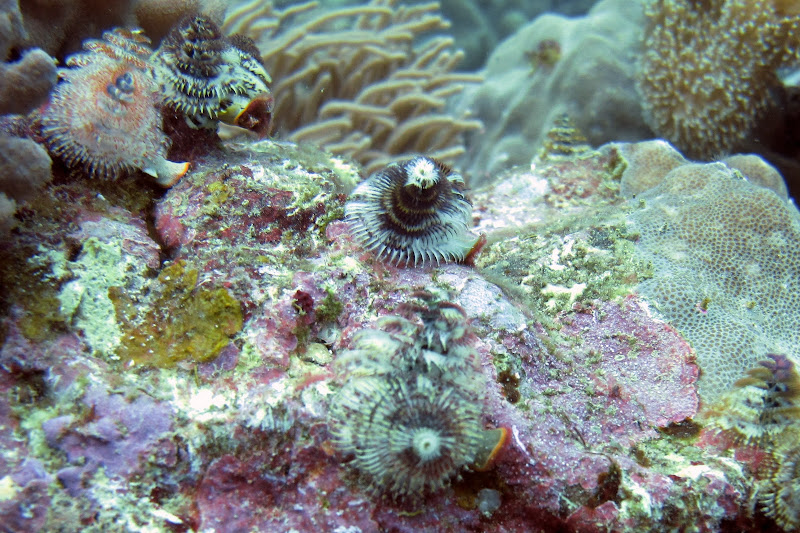 Overall, our diving was a success at The Junkyard and Bryan had the opportunity to see some really neat wildlife.